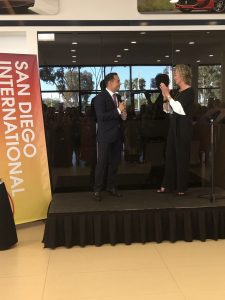 Not only were the cars gorgeous at the Maserati showroom, and the Miho Catering gourmet bites yummy, and the movie reveal line-up totally exciting but… 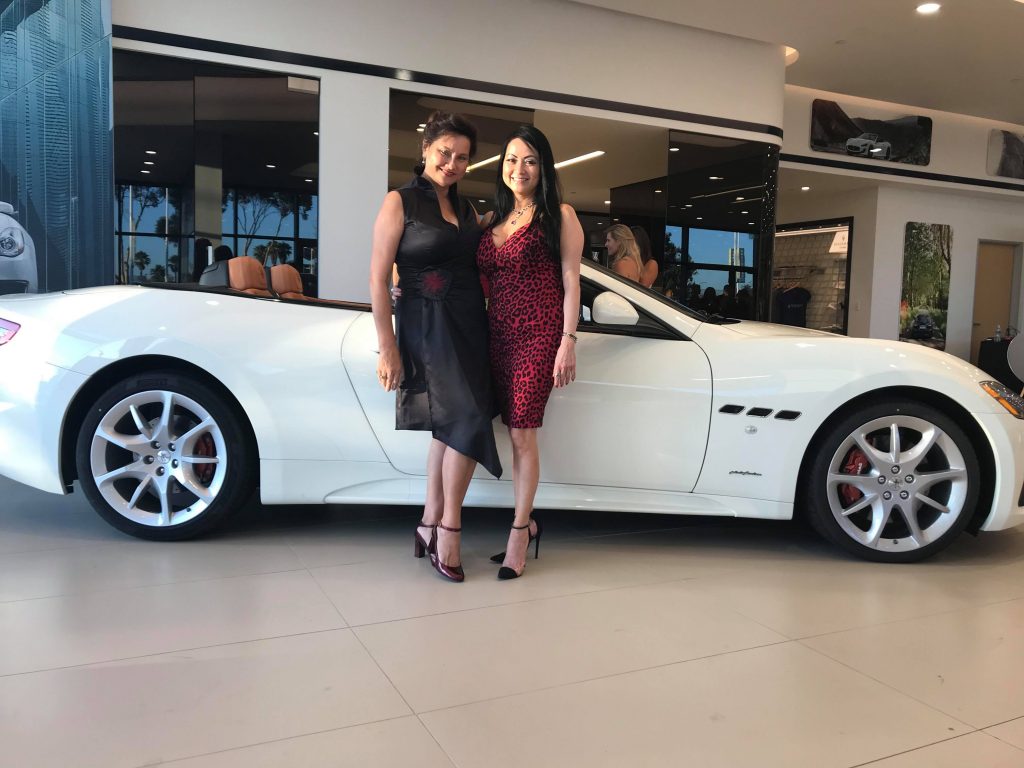 All the shoes were not made for walking….

Of course, there is the purse to match the nails, the dress, and the shoes! 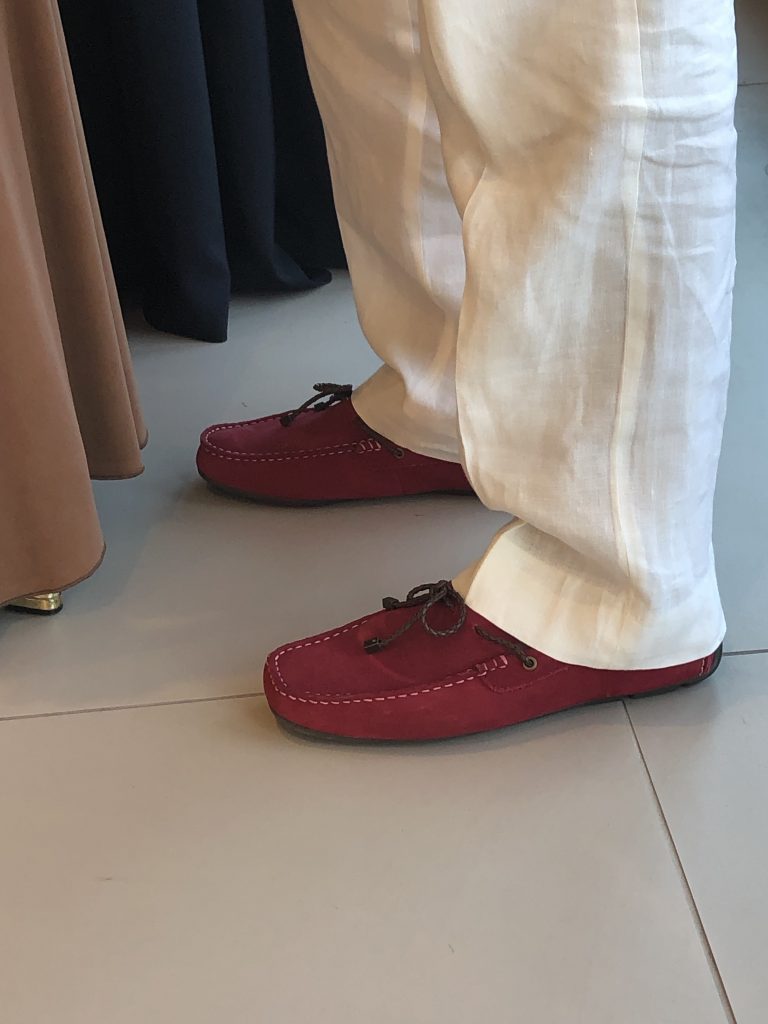 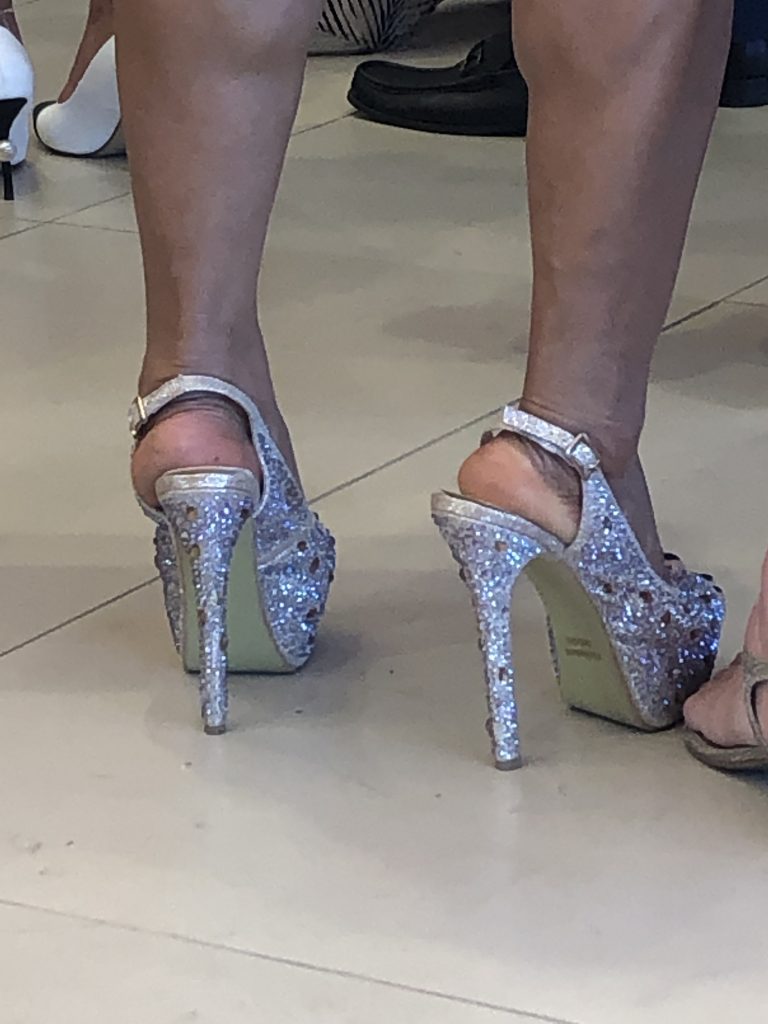 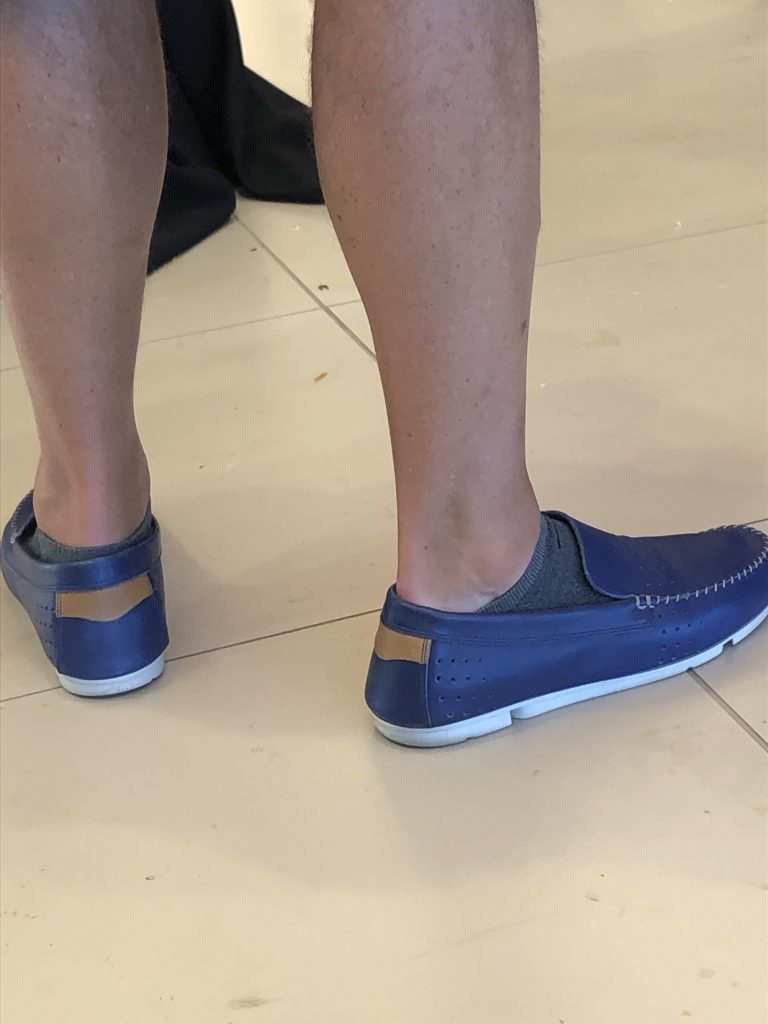 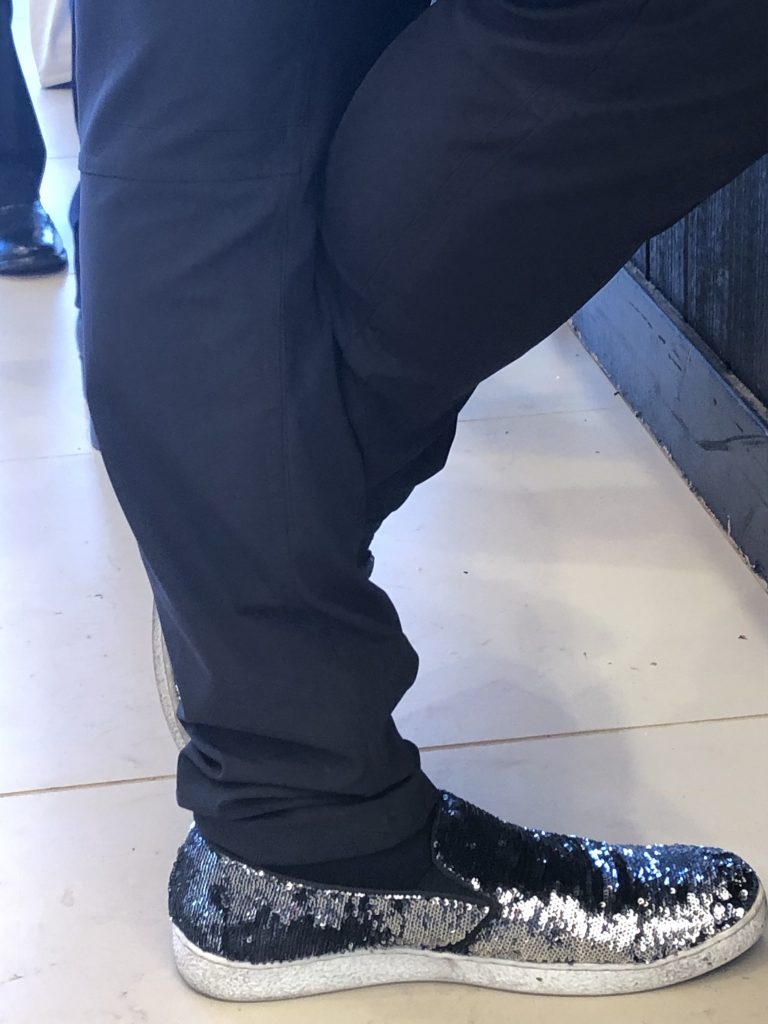 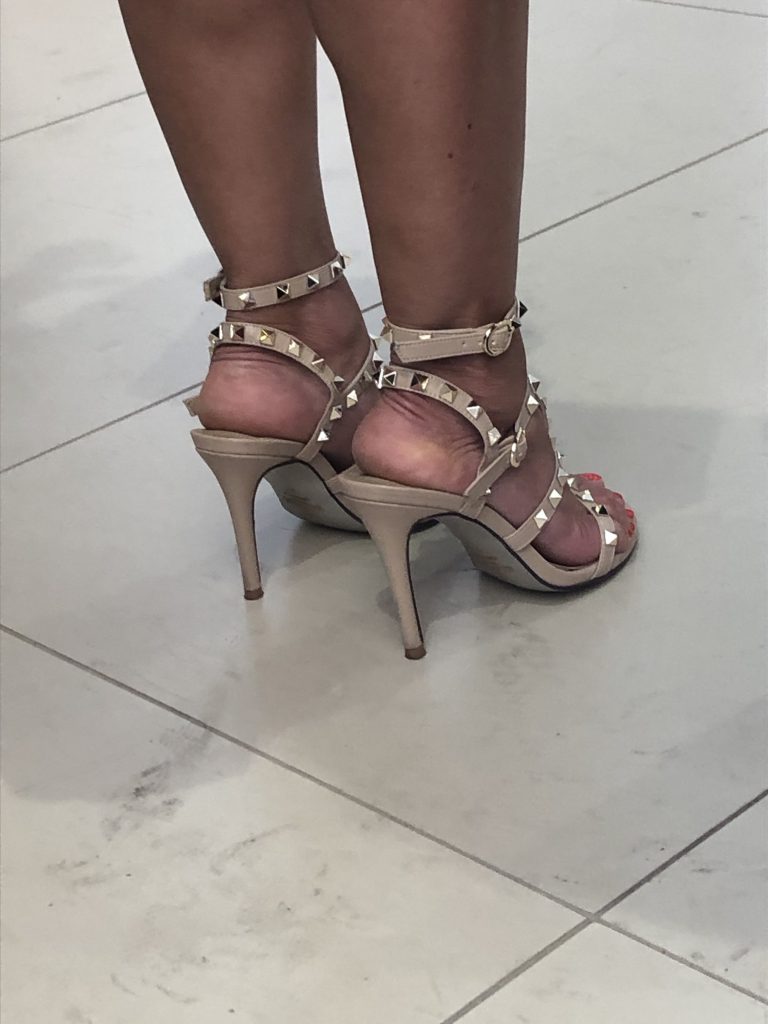 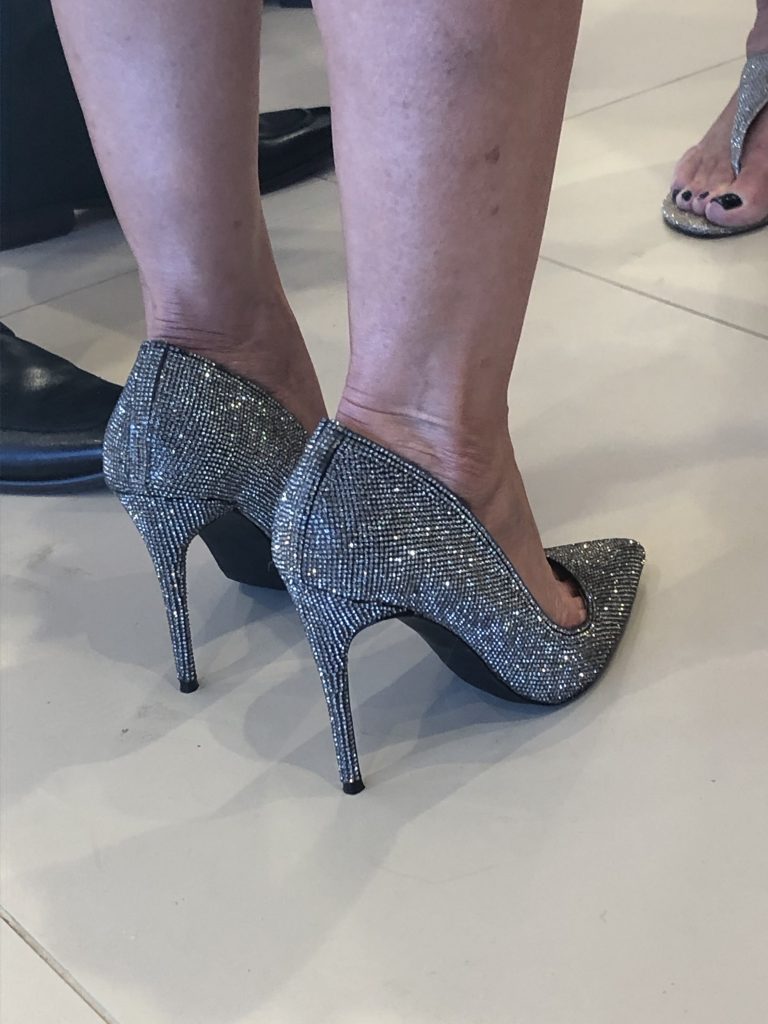 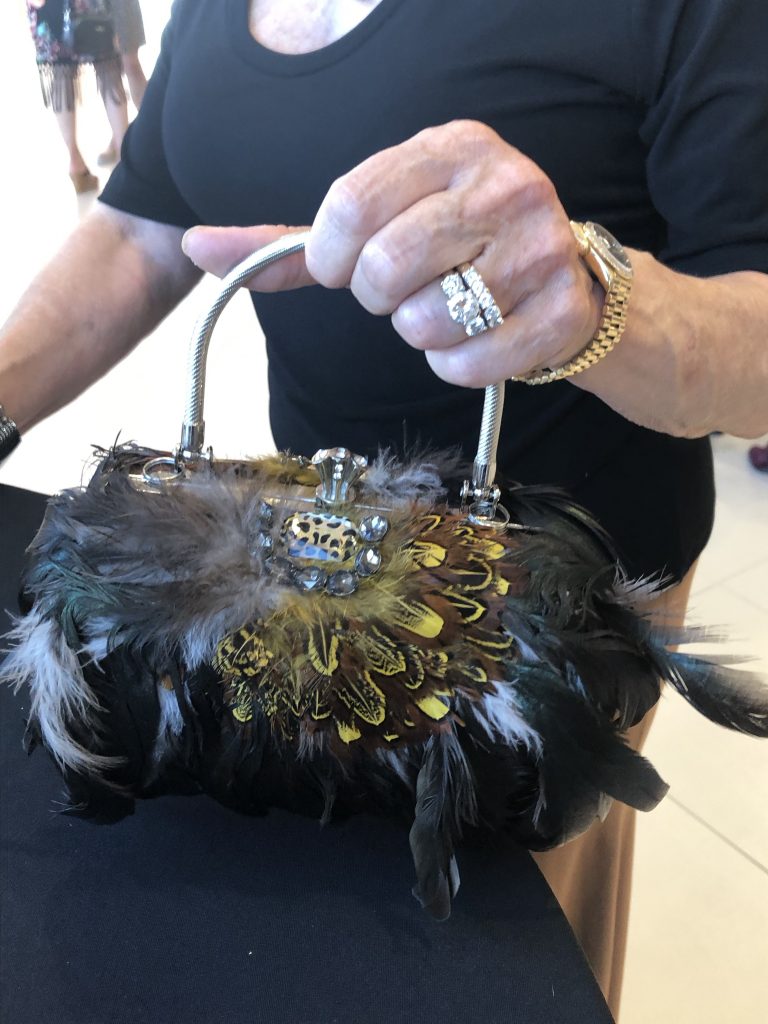 “Birds of a feather…” 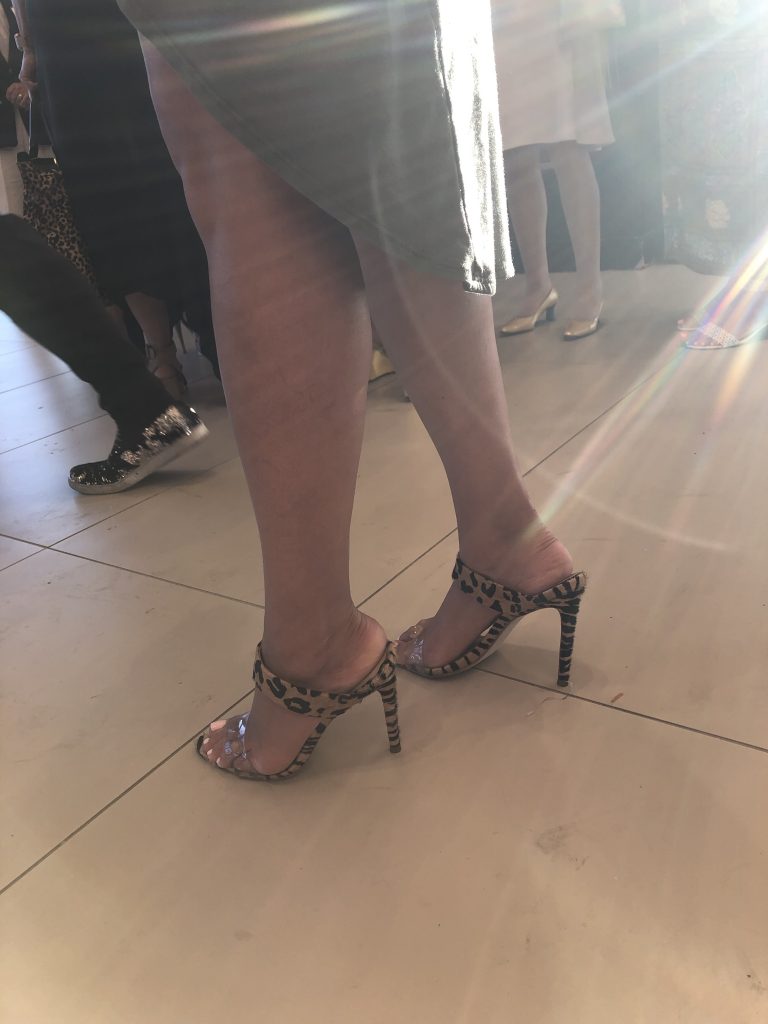 Leopard with bling bling above a nice pedicure.

You were a fine example of unconditional love.

I will always miss you, particularly on All Hallow’s Eve when I would hide you from a sometimes cruel world. <3

Be kind to each other,

I love attending this monthly series at Arclight Cinemas. Hosted by San Diego Film Foundation, exclusive screenings of not yet released films can be previewed.

This month featured a drama written by playwright, JC Lee and co-written by Julius Onah (director).

The prescreening cocktail buzz is already rife with questions like, “Where is Eritrea?” and “I thought Tim Roth was American”. Over by the delicious fare from Eureka! The Melting Pot, Craft Pizza Co., and sliders from Liberty Call Distilling Co. was still more buzz: “I loved Octavia Spencer in “The Help and of course, the response, “Me too!” The cinephiles are talking about a Sundance Film Festival (SFF) indie: “Luce” (pronounced like loose) which is about an adopted former child soldier from Eritrea by a highly educated Caucasian couple and the challenges their son encounters in high school when his star student status is threatened.

“Luce” is starring Oscar nominee and a Boston Society of Film Critics Award nominee, Naomi Watts. Watts is also a Boston Online Film Critics Association winner for “Birdman” in 2014. With two homes on both LA and NYC, two passports (British and Australian), two children–it’s not hard to imagine Watts cast as a global thinker, who lovingly adopts a former child soldier with her husband.

Her screen husband is British subject and character chameleon, Tim Roth. They shared cinematic parental roles once before in the terrifying “Funny Games”. At the heart of “Luce”, former child soldier is played by New Orleans born, Kelvin Harrison. Harrison is no stranger to indie films as his last pic “Monster” won Grand Jury Prize in 2018.

On the FIS red carpet is wunderkind playwright, JC Lee. At 27, a Juilliard graduate with already a string of successful runs in equity theatres on both coasts, it’s easy to believe when he quotes Shakespeare as his muse, “He’s the ultimate bad-ass.”

San Diego’s own well respected, Old Globe, commissioned Lee’s world premiere, “What You Are” scheduled to begin on May 30, 2019. Jersey Shore-raised Lee and his Shakespearean devotion lends an exotic flavor to many meaningful subjects, which tonight will be fleshed out by an international cast and crew on the silver screen.

“Luce” is Lee’s first screenplay, which he co-wrote with Nigerian born, director, Julius Onah. Onah never saw “Luce” as a play but was encouraged to read Lee’s screenplay in 2014 by Imagine Entertainment and Brian Grazer. The rest as they say—is history. Both literally and figuratively.

Onah’s background is simpatico to Lee’s—Onah received his Bachelor’s in Theatre from Wesleyan University in Connecticut and his Masters in Fine Arts from Tisch, NYC where Onah continues to reside. Onah’s input for developing Harrison’s character was to suggest reading Frantz Fanon, a postcolonial thinker and psychiatrist. As a former high school debater, Onah put Harrison on the podium to help with Harrison’s dialect and posture. Harrison wrote the paper himself which he holds in the movie—Oscar winner, Octavia Spencer who plays his high school teacher, also read and graded it in actuality. Gives real meaning to method acting doesn’t it?

Afterward, SDIFF CEO and Executive Artistic Director, the gracious Madame Tonya Mantooth facilitated the Q&A with Lee who exuded a youthful candor about his inspiration for “Luce”.

“I relate to Luce in the sense I grew up as a mixed-race kid in New York,” Lee said. “I was in a weird gifted program and so I always felt that I was performing various roles for different people. I believe those characters knew what that pressure felt like.” In describing how his play became a film, Lee explains, “Julius harassed me for two years and basically I told him that films are never as good as the plays but in this case, I actually feel the film is better as a story.”

By the way, for those wondering: Eritrea is in North East Africa which borders Sudan, Ethiopia, The Red Sea and the tip of Djibouti. All of these areas are politically hostile climates where only a handful of brave war correspondents dare to wander. No need for spoiler alerts—make sure this film makes it on the “family movie night” watch list for a lively debate. Take note: mature high school freshman and up only.

As always, the evening ended with a lively post champagne reception, more red carpet photo opps, Cookies by Cravory, and a fond good-night to all. See you next month! www.sdfilmfest.com 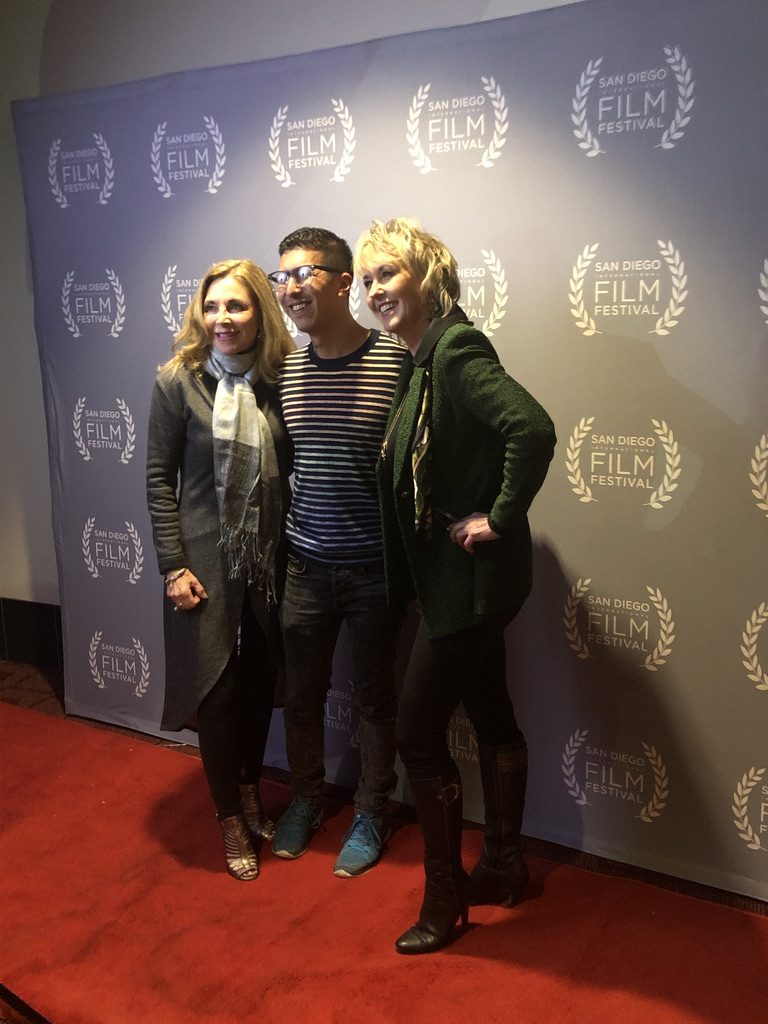 Who hasn’t been visited this year by a Monarch? Or the migration of a Painted Lady? Or seen the glorious abundance of posies everywhere in the aftermath of the winter rains?

Golden Poppy (Eschscholtzia californica) is also sometimes known as the Flame Flower, la amapola, and Copa de Oro (cup of gold). The Golden Poppy, belonging to the Papaveraceae family, grows wild throughout California, and became the state flower in 1903.

A short season but oh so colorful and inspiring. Traffic on I-15 has been like flowergeddon—everyone wants photos and a “looksee” of the fields of gold. I remember growing up and having to take a car ride to Lancaster where fields and fields of golden poppies undulated gently on mounds. The Cowardly Lion never had a chance in the Wizard of Oz I always thought.

I have also noticed everyone is inspired by color: a friend painted her patio furniture Caribbean colors, another started a new way of painting on repurposed wood, my daughter dresses in an explosion of colors and I? I am inspired to line my eyes with a smoky deep purple. Once again, the year is whooshing by…record polar freezes worldwide (is hell freezing over?!), the wall continues to be built, the Oscars are sans a host/ess, tax season is upon us with less breaks, gas prices are holding steady at $3.25, pretty boy governor Newsom is–well, we will see what we will see.

Personally, I haven’t erased my folks yet from my I-Phone “favorites”. It’s hard to move on and make it official and permanent. I keep hoping it’s a bad dream. I look at old photos remembering each moment so clearly. Sigh. Death is hard. Living is harder.

“Is that all there is my friend? Then let’s keep dancing, let’s break out the booze and have a ball.” Jerry Lieber/Mike Stoller Just another crappy sunset in Paradise.

Be kind, use your blinkers please. The people following you are not psychic!!! 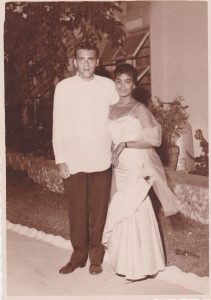 We will miss you deeply at all the family gatherings, Hand & Foot card games, the Sunday phone-in, holidays, and the milestones that occur in life…

Bless you both and I love you up to God, I was correct almost 60%! I second guessed myself on Best Picture. I LOVED Shape of Water.

And the Oscar goes to… 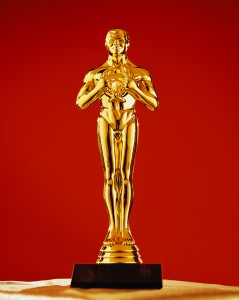 My humble opinion for the 90th Academy Awards 😉

Congrats to all! j

My new favorite peaceful place is in the middle of traffic yet, I pay no mind because the Wind Garden by naturalist composer and Pulitzer Prize winner, John Luther Adams is quietly musical.

Across the street from the entrance to Scripps Birch Aquarium on the UCSD campus in La Jolla, the Stuart Collection has installed another innovative and captivating artistic creation. There are no pre-recorded elements, data stream, or sounding elements taken from other locations. All the sounds that occur are only wind driven and the light conditions on site, real time. I love it because it sounds a little like Tibetan bowls or chimes. Look closely at the square boxes high above in the tree branches…these are the wind/sound makers.

This is a lovely respite from so much concrete. Parking is near by and it only takes a stroll.

Cesar’s in Rancho Santa Fe unveiled their new menu and name change in January 2018. Some menu faves but no longer touting Spanish tapas or dishes. All American eatery now. 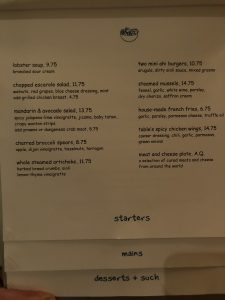 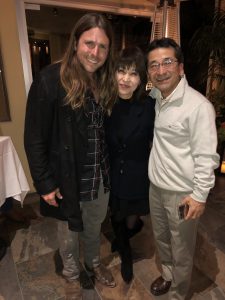 Stop by and enjoy Taste mixologist’s concoctions at the bar while watching old classics on the screen as you hum along to old classic tunes. Maybe, even sit down for a delicious partaking of their dishes! 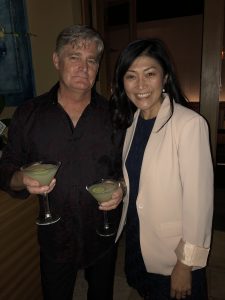 Be kind to each other, j